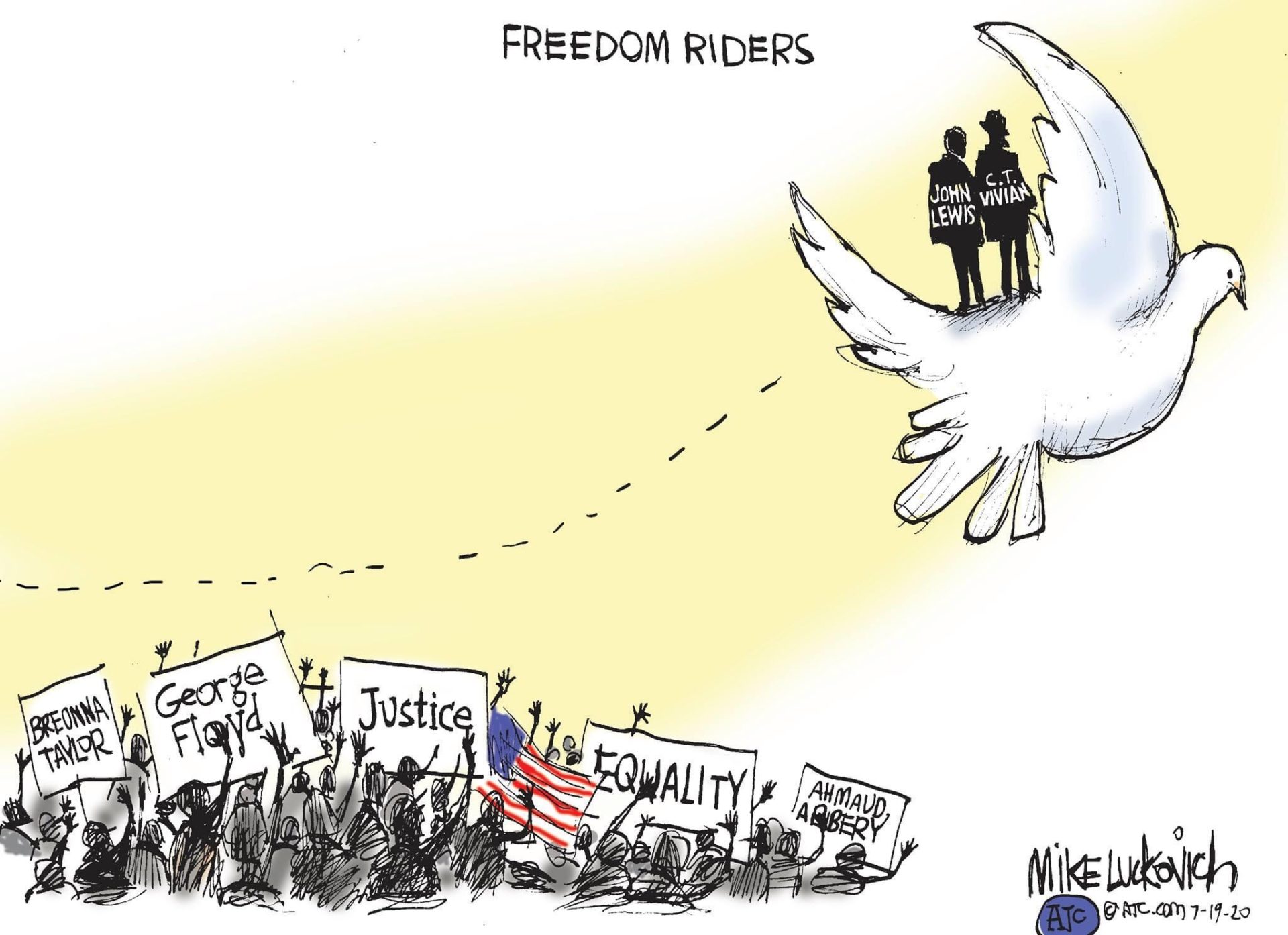 Civil Rights activists called Freedom Riders rode in interstate buses into the segregated southern United States to test the United States Supreme Court decision Boynton v. Virginia, (1960) 364 U.S. The first Freedom Ride left Washington D.C. on May 4, 1961, and was scheduled to arrive in New Orleans on May 17. Riders were arrested for trespassing, unlawful assembly, violating state and local Jim Crow laws, etc. Most of the subsequent rides were sponsored by the Congress of Racial Equality (CORE) while others belonged to the Student Nonviolent Coordinating Committee (SNCC, pronounced Snick). The Freedom Rides followed on the heels of dramatic “sit-ins” against segregated lunch counters conducted by students and youth throughout the South, and boycotts beginning in 1960.

Arguably, the Riders did not engage in civil disobedience because the Supreme Court’s decision in Boynton v. Virginia granted them a legal right to disregard local segregation ordinances regarding interstate transportation facilities. But their rights were not enforced and were considered criminal acts throughout most of the South. For example, upon the Riders’ arrival in Mississippi, their journey ended with imprisonment for exercising their legal rights in interstate travel, and similar arrests took place in other southern cities. Freedom Riders knew that they faced arrest by authorities determined to stop their protests and possible mob violence and before starting they committed themselves to a strategy of non-violent resistance.

The Freedom Riders faced much resistance against their cause but ultimately received strong support from people both inside and outside the South for their efforts.

Join your hand with us for a better life and beautiful future.