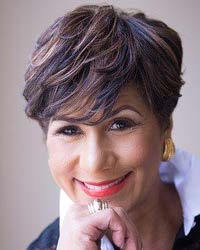 Justine Boyd has a long and exemplary record of service, leadership, and advocacy. She is currently the Regional Development Director for the Atlanta Region of UNCF where she oversees the development initiatives of five states which support 20 Historically Black Colleges and Universities. UNCF is the nation’s largest and most effective minority education organization. Since its founding in 1944, UNCF has raised more than $3.6 billion to help more than 400,000 students receive college degrees at colleges and universities throughout the country including its 37- member institutions. She was President of JNB Strategies, LLC, a consulting firm specializing in the delivery of a full range of services to market and promote non-profit organizations. In 2014 she was instrumental in leading the, “Save the ITC” campaign. Justine served as the Chief Executive Officer of the YWCA of Greater Atlanta and has more than 15 years of Executive Leadership experience in nonprofit management, government administration, and external affairs. Under her leadership, the YWCA (a premier women’s serving agency) operated a Woman in Transition shelter; Early Learning Academy facility; and 10 after-school programs to include Teen Girls in Technology, wellness, racial justice, and education. Justine has distinguished herself as a stellar community leader currently serving as Vice-Chair of the Atlanta Housing Authority. She served as Chair of Fulton County Board of Registration and Elections during the 2008 Presidential Campaign which yielded a significant increase in voter turnout. Justine is Past President of the Atlanta Fulton County League of Women’s Voters. Among her achievements as president, she created and co-sponsored the renowned Fireside Chats with WSB-TV, and in 2002 formatted one of her innovations: Atlanta Women Speaks an exciting book that encompasses a collection of speeches by some of Atlanta’s most prominent women. Justine was also responsible for the resurgence of the organization by diversifying and doubling membership, increasing funding resources, and implementing new programs through public/private partnerships. Justine was appointed by Secretary of State, Cathy Cox to the Georgia Voting Commission. She is a former Chair of the UGA College of Agriculture & Environmental Sciences Advisory Board, a former member of the Georgia 4-H Foundation, the Boy Scouts of America Atlanta Area Council, the Coalition of 100 Black Women Advisory Board (Chair), the Georgia Hispanic Chamber of Commerce, the Atlanta Convention and Visitors Bureau, and the DeKalb Convention and Visitors Bureau. Justine is a lifetime member of the NAACP, the APEX Museum, the Atlanta Business League, and a Junior League sustainer. She has received numerous leadership accolades including the: 2011 Atlanta Dream Inspiring Woman Award presented by SunTrust and one of Business to Business Woman of Excellence; 2011 High Heels in High Places from The Trumpet Wards Foundation; 2009 Georgia Association of Black Women Attorneys (GABWA) Foundation Zenith Award for Distinction in the Profession (Individual); and 2008 Chayil, Inc. Butterflies and Allies honoree. In 2007, Atlanta Woman Magazine named her Woman of the Year applauding her commitment to the empowerment of women and girls. Who’s Who In Black Atlanta identified Justine as one of the Female Atlanta Powerhouses. Described by the Atlanta Tribune Magazine as a “bold, dynamic, and powerful woman in corporate America,” Justine has been named
one of the 10 Most Outstanding Young People in Atlanta (1999) and one of Georgia Trend Magazine’s Top 40 Under 40 (2001). The Atlanta Business League has recognized her as a tenured member of 100 Most Influential African American Women. Women Looking Ahead Magazine named her one of Georgia’s Most Powerful Women and Rolling Out Magazine’s 25 Most Influential Women. In 2003, Justine was selected in a nationwide search to be one of the 63 emerging U.S. Leaders to participate in the German Marshall Memorial Fellowship in
Europe studying transatlantic economic, political, and social issues. Justine is a graduate of Leadership Georgia, Leadership Atlanta, and the Regional Leadership Institute. Justine formerly served as Assistant General Manager for External Affairs for the Metropolitan Atlanta Rapid Transit Authority (MARTA) and County Clerk for the Fulton County Board of Commissioners. She received a bachelor of arts degree in English from Georgia State University and is a member of Zion Hill Baptist Church in Atlanta. She loves photography, calligraphy, traveling the world, and meeting new people.